What an amazing experience to start our #TRAVEL2016. We are very very grateful for this blessing.

Tokyo was INTENSE & OVERWHELMING. GRABE! Everything was SUPER amazing!

CHECK OUT MY OTHER TRIPS TO JAPAN:

Let me share with you our grateful experience in one of the best countries in the world!

Our family is very grateful once again to Cebu Pacific as we obtained another great deal for our travels! We paid an estimate of ₱4,700 each for our round trip flight to Tokyo (Narita). We got these tickets during the airline’s seat sale last June 2015 Our travel date was January 2016.

We applied through Reli Tours at SM Megamall. We passed the documents, they checked it, we paid the fee, and left. It took us around 45 minutes as there were more applicants on that day compared to when we applied for our Osaka trip. We got our visa a week later and we’re very grateful to the embassy because they granted us multiple entry visa for 5 years. Grateful for more Japan travels to come!

(3) WHERE TO STAY IN TOKYO: KHAOSAN WORLD ASAKUSA HOSTEL

We found this great hostel through Agoda. No recommendations from family or friends. We based this booking solely on Agoda/Trip Advisor/Hostelworld/Booking.com reviews. We took into account its location, distance from train station, if there is easy airport access, distance from tourist sites, and customer reviews.

This was really a great and grateful choice! We really recommend you to consider this accommodation when you’ll stay in Tokyo.

Navigating through the OSAKA train system was fairly easy for me. So when I researched the TOKYO train system, I thought it would be the same. It was very confusing at first. There were so many lines, so many crossovers, and so many names on the map. After more research and experiencing it first hand, I got the hang of understanding it. Tokyo’s train system is just amazing and I’m very grateful that we got to experience it.

We bought the PASMO card at Narita airport. We loaded it with ₱2,028+ (¥5,000) first and just added later on at train stations when we needed to. We used this for airport access, Tokyo metro/subway/private railways and even the Disney Resort line. We used the card for ALL our train rides. There was no hassle in buying a ticket per route, it was very convenient.

Get your PASMO card here at Narita Airport Terminal 2

Having an itinerary established beforehand, we studied directions of train routes through Rome2Rio.

TOKYO TRAINS WERE AMAZING. GRABE! SOBRANG EFFICIENT! Riding the TOKYO trains is really an experience in itself, an experience of efficient transportation and disciplined Japanese culture. On our first morning of riding the trains, we were so OVERWHELMED. The train was packed and EVERYONE WAS SO QUIET. No one was speaking. SUPER DEAD AIR!

We rode, stepped off, and transferred on rush hour train stations – Akihabara and Tokyo. IT WAS ALL A BLUR. Almost everyone was wearing black coats/suits/dresses, walking fast in every direction possible, and we were in the middle of it dressed in light colors of beige, green, red, and white. We felt like we were in a movie.

Having been accustomed to always STAYING ON THE RIGHT on escalators or stairs for slow paced commute in the Philippines, we stayed on the right most of the time. SOBRANG MALI…HAHAHA… In Tokyo, it’s the opposite. If you want to slow down, you stay on the left.

When you’re in a hurry, stay on the right. WE WERE ON THE RIGHT MOST OF THE TIME, AND BEING SUPER OVERWHELMED, we just followed the crowd. MEDYO NAG JOGGING KAMI, SOBRANG BILIS NA LAKAD, PARANG MGA ISDA NA SUMUSUNOD SA MADAMING ISDA. PARANG NADADALA NALANG KAMI. The feeling was so intense and overwhelming. GRABE! But a very grateful experience of culture! SOBRANG GALING AND SOBRANG SAYA!

BEST TRAIN: Yurikamome Line was the best train that we rode. It felt like a business class train with an amazing view of the city.

What can I say? It’s JAPANESE FOOD IN JAPAN. Of course, it was amazing! Food in Tokyo is relatively more expensive than Osaka. Our family though was already content buying food at convenience stores (7 eleven, Mini Stop, Lawson). We would buy stocks of Onigiris, Gyozas, and other packed meals. On an average, all of our items would cost ₱600 (¥1,480) per transaction. We would also buy street food that costs less than ₱400 (¥1,000) and that’s for all 4 of us already.

The most expensive food that we bought was at Disney Sea and Tsukiji Fish Market. At most, we spent around ₱1,500+ (¥3,780) per person for one meal.

Disney Sea snacks and meals are twice as expensive or thrice even than food outside of the resort.

For the ILOHAS water alone (BEST WATER IN THE WORLD-SUPER GRATEFUL FOR THIS WATER), this is the costing:

Since our trip was during one of the coldest months in Tokyo, we really needed to prepare. After our experience in South Korea of negative degrees, we borrowed and bought clothes that would help us endure the weather. The temperature in Japan is very cold but not colder than South Korea. But it was still very cold. During our stay, average temperature was between 2 to 13 degrees.

EXPLORING AND EXPERIENCING TOKYO (THINGS TO DO IN TOKYO)

There are so many sights to see and things to do in Tokyo. Since we only had 2 and a half days to explore this awesome city, we really had to maximize it.

We were lucky enough to book an accommodation that was conveniently located. Khaosan World Asakusa hostel was within walking distance to many popular tourist sites, discount stores and shops, restaurants, street food, malls, and convenience stores.

Exploring the streets of Asakusa

The Happiest Place On Earth! 😉

Line to Toy Story Mania FASTPASS at 9:30AM

WE ATE THE FRESHEST SUSHI EVER IN OUR LIVES! We loved our experience at Daiwa Sushi. My mom almost cried SA SOBRANG SARAP NG SUSHI. The Sushi flavors just exploded in my mouth. The taste was heavenly. SOBRANG SARAP. It was really a #FOODGASM moment. Daiwa Sushi is one of the most popular Sushi Bars in Tsukiji Fish Market. There is already a fixed set meal worth ₱1,500+ (¥3,780) per person. This is the most expensive meal we had in Tokyo.

Statue of Liberty At Odaiba

THIS IS MY FAVORITE PLACE. The view was just so amazing! The view of the statue of liberty, the rainbow bridge, and the river plus the skyline of Tokyo…SOBRANG GANDA!

How We Got To Shibuya from Odaiba By Train: Daiba (Yurikamome Line) – Shimbaishi (Tokyo Metro Ginza) – Shibuya

Shibuya was really fun! We were excited to see this because it’s one of the most featured places of Japan in movies. We really had a wonderful time here! We crossed the street so many times while taking videos and pictures. And we were not the only ones doing this! Other tourists were as well! There was even a dinosaur mascot disrupting tourists taking videos and pictures. HAHAHA! Really fun!

There were a lot of people taking pictures with the Hachiko statue as well.

Having fun crossing the street!

We walked 20 minutes from Shibuya to reach the Meiji Shrine and Takeshita Street. It was a very scenic walk. Since we were so tired we just took a picture in front of Meiji Shrine, we didn’t have the energy to explore the whole park. The ambience was peaceful and really beautiful.

Mommy in front of Meiji Shrine. We know LOLA would have loved to explore this place.

Takeshita Street is a very busy street. But one thing you’ll find: CREPES. Lots of stalls of CREPES! And the crepes are very yummy! There are also lots of discount chain stores and tax free shops. There is also free wi-fi at the McDonald’s at the start of the street.

How We Got To Khaosan World Asakusa Hostel from Takeshita Street By Train: Harajuku (JR Yamanote Line) – Akihabara – Asakusa (Tsukuba)

As intense and overwhelming as Tokyo was, it wouldn’t have been as amazing if it wasn’t for my family. Work, friends, special people tend to cause less family time but travels like these reconnect us in so many meaningful ways.

I had such a grateful time bonding and laughing with my sisters and mom. We got lost. We fought at times. We laughed like crazy people. And many more! We did all these TOGETHER. Tokyo was one of our bests! And we will forever cherish this experience.

Family that travels together is grateful together 😉

What I loved about us is that we’re very grateful. After each day in Tokyo, while preparing to rest, we say THANK YOU. One of my sisters would say, Thanks for today guys! We say thank you to our mom, we say thank you to each other. We are grateful for the moments we experienced together.

We appreciate the blessings we received. We pray before we eat our food. We hug each other. We hold hands. We say I love you to our mom. We show gratitude in the most simplest of ways in the most blessed of times. 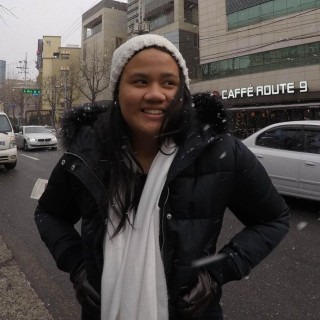 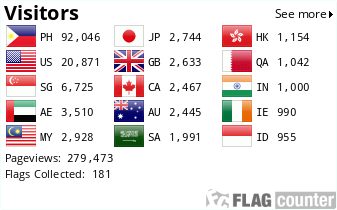